Ever since our founding over a decade ago, we have been hard at work on all types of projects, from bike path planning and development to fun, community events for children and everything in between. Our successes are not all on the list below, but this timeline is a pretty good snapshot of the variety of areas that we have our hands in. Joined the Borough of Gettysburg in recognizing former borough council president Susan Naugle, a dedicated advocate for the Gettysburg Inner Loop, by naming the pedestrian bridge over Stevens Run in her honor.

Despite the pandemic, the ride was held for the fifth consecutive year. The event was modified to ensure participant safety and offered for free.

Advocated for House Bill 2131, which would allow development of trails on preserved land.

We presented Larry Redding with our first Trail Blazer of the Year award, which is given to a member of the community who has contributed significantly to the development of walking and biking trails in Adams County.

Continued the tradition of the annual Kids Bicycle Parade at the Heritage Festival, albeit virtually, due to the pandemic. 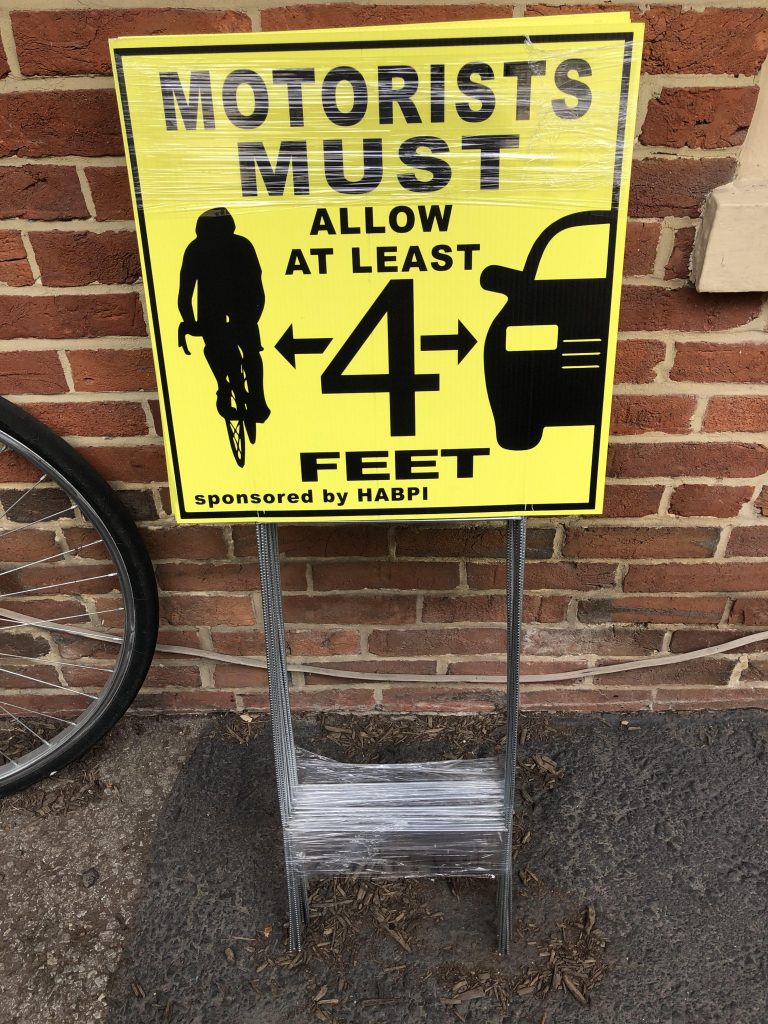 Developed, purchased and distributed yard signs that promote the state's requirement to give four feet of space when passing a bicyclist.

Completed the trail feasibility study for the South Gettysburg Trail (Adams County portion of the Grand History Trail) from Gettysburg to the Maryland border. 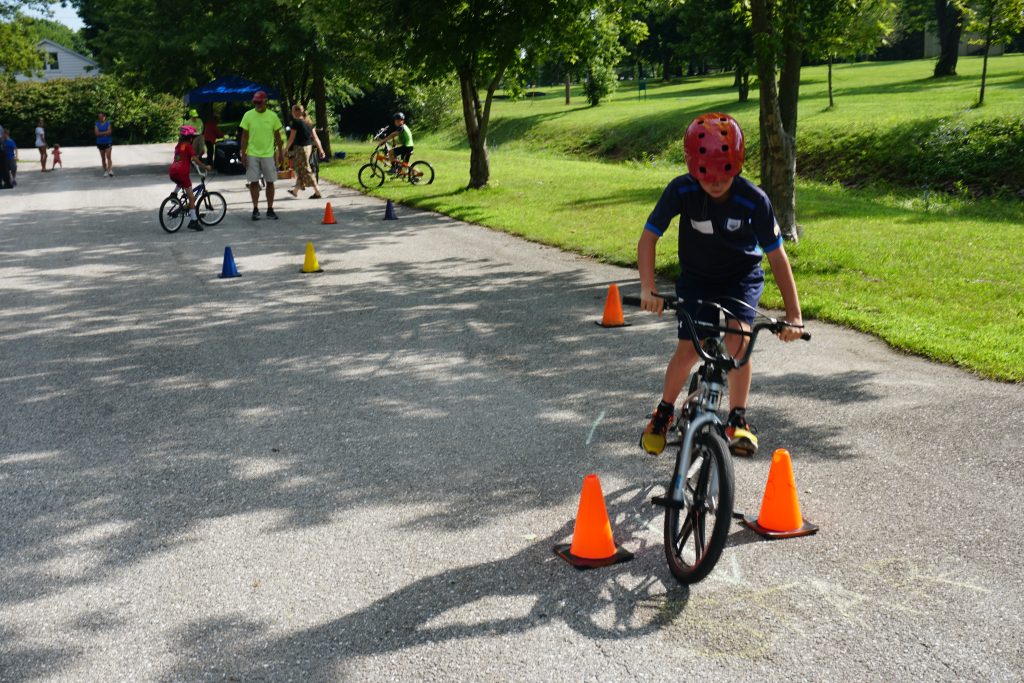 In conjunction with Borough of Gettysburg, obtained easements along Water Street—utilizing sections of Spectra-Kote and SCCAP properties—for future bicycle/pedestrian path that will be part of GIL. 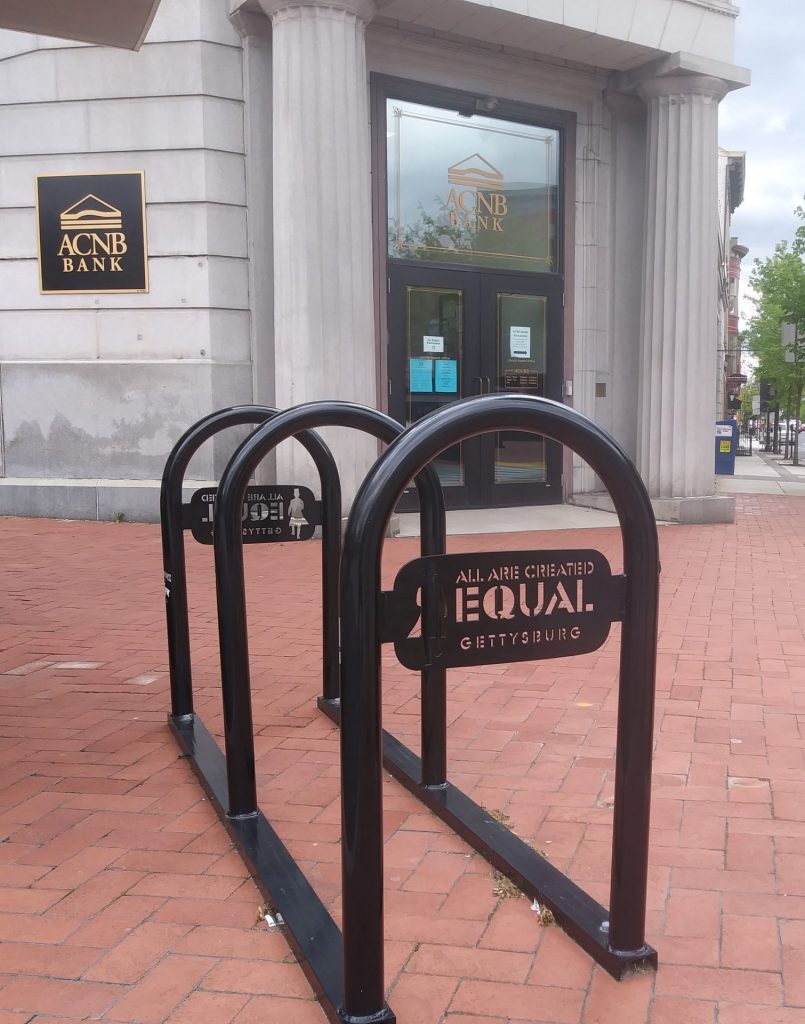 Worked with Borough to support purchase and installation of new bike racks around Gettysburg that are branded with image of Lincoln and the words “All are equal.”

Celebrated the opening of new segment of GIL which was funded in 2014.

Worked with multiple groups to obtain grant funding to study an off-road biking and walking trail from Gettysburg south to the Maryland border outside Emmitsburg. This trail would become a section of a larger trail network known as the Grand History Trail. 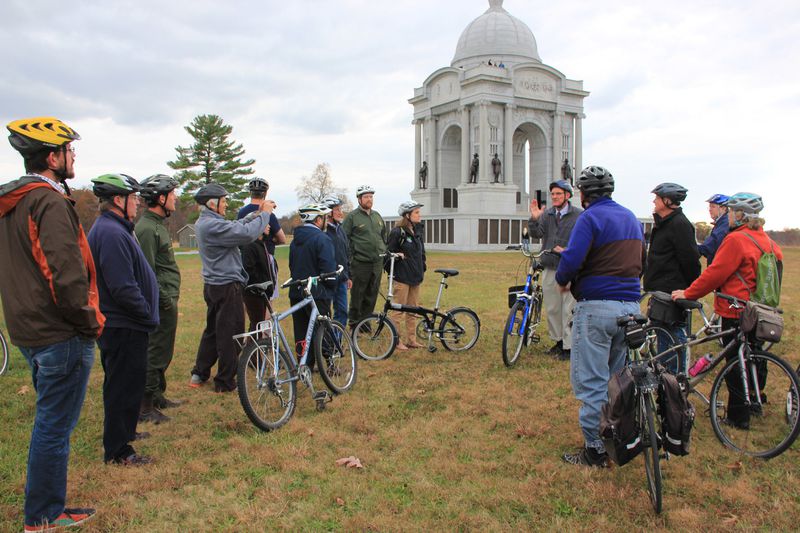 Organized a welcome for riders attempting to ride the approximate route of the 275-mile Grand History Trail.

Bicycle lanes were added to four blocks of Steinwehr Avenue, and “sharrow” markings added to Queen Street, as a result of our partnership with the Borough of Gettysburg and the Steinwehr Avenue Business Improvement District.

Hosted an economic summit with key community leaders at the Gettysburg National Military Park to highlight the economic benefits of biking and walking trails like the Gettysburg Inner Loop.

Helped the Borough of Gettysburg acquire a $47,000 grant from the Chesapeake Bay Foundation for environmental engineering of a segment of the Gettysburg Inner Loop.

Partnered with the Borough of Gettysburg to obtain $1,766,434 to engineer and build two segments of the Gettysburg Inner Loop, including a multi-use trail along Lefever Street in conjunction with the new middle school project.

Received a grant from the Hoffman Charitable Trust to survey a section of Reynolds Street in Gettysburg to resolve boundary issues ahead of building the Gettysburg Inner Loop.

Launched “Friends of HABPI” for people who support our activities and are willing to advocate for a better bicycling and walking environment.

Purchased a bicycle rack for use during the 150th anniversary of the Battle of Gettysburg; this rack is now located outside Gettysburg Area Middle School on Lefever St.

Helped fund the widening of a segment of the Biser Trail in the Gettysburg Rec Park.

Funded the installation of a curb cut on West Middle Street, which will be used by the Gettysburg Inner Loop.

In partnership with PennDOT and the Pennsylvania Pedalcycle Advisory Committee, led the effort to create State Bicycle Route JS connecting Hanover Junction, on the York Heritage Rail Trail, with Gettysburg. Signs delineating the route were erected in June 2013.

Began organizing and leading regular group bicycle rides in and around Gettysburg.

Obtained $5,000 grant from the Pennsylvania Department of Health to conduct a survey of Race Horse Alley to clear the way for the creation of a greenway.

Began providing volunteers to assist the Hanover Cyclers with their major bicycle rides.

Obtained letters of support and/or funds for the GIL from more than forty community organizations.

Launched feasibility study for the Gettysburg Inner Loop (GIL) Bicycle Network and Trail with assistance from the National Park Service’s Rivers, Trails, and Conservation Assistance Program, and in partnership with the Borough of Gettysburg, the Adams County Office of Planning and Development, and other community organizations.

Provided testimony to the Pennsylvania Transportation Commission regarding the need for better infrastructure for pedestrians and bicyclists in Adams County.

Partnered with the York County Rail Trail Authority and the Adams County Office for Planning and Development to conduct a feasibility study for an on- and off-road trail linking Gettysburg and Hanover. The study was funded in part by the Pennsylvania Department of Community and Economic Development.